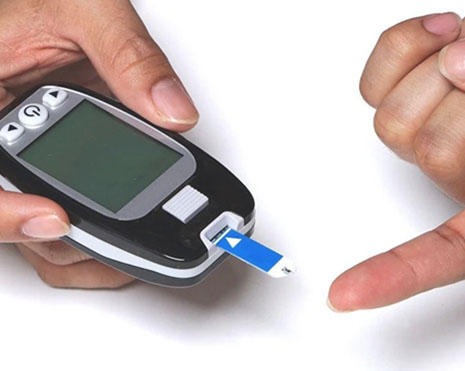 In the United States today, an estimated 30.3 million people — about 9.4 percent of the total population — has diabetes. Patients with diabetes have to monitor their blood glucose levels regularly in order to make key health decisions related to diet and insulin dosage. The traditional way for patients with diabetes to test their blood sugar is with a finger stick. However, as technology has advanced, medical device providers have developed an alternative: continuous glucose monitors (CGMs), which can be used for glucose monitoring by patients with both type 1 and type 2 diabetes. These devices have recently been added to the HCPCS code set. Due to the growing prevalence of diabetes, it is important for billing specialists to be aware of the change.

As we have discussed in a previous post, the HCPCS code set is used primarily to bill government payers for services and devices that are not included in the CPT code set. In January 2017, the Centers for Medicare and Medicaid Services (CMS), which administers the HCPCS code set, announced that therapeutic CGMs were considered durable medical equipment (DME). According to the CMS, any continuous glucose monitoring equipment could be considered a “therapeutic CGM” — and thus, durable medical equipment that is billable using the HCPCS code set — if it meets the following criteria:

a.) It has been approved by the FDA to be used for diabetes treatment decisions instead of a traditional blood glucose monitor.

b.) It is not useful to individuals not suffering from illness or injury.

c.) It can be used by patients within their own home.

d.) It has a lifetime of at least 3 years (demonstrating its durability).

Based on the new CMS characterization of CGMs as DME, two codes were added to Level II of the HCPCS code set, effective July 1, 2017. Both are K Codes, which means they fall into the class of temporary codes that cover durable medical equipment offered only by regional carriers. According to the CMS, the codes are intended to be used by providers and suppliers to submit claims for services provided to Medicare beneficiaries.

The first code, K0553, is used to bill for “supply allowance for therapeutic continuous glucose monitor (CGM),” including all relevant supplies and accessories, according to the CMS. When using this code, one unit of service is equivalent to one month’s supply of the materials needed for a CGM.

The second code, K0554, is for the receiver / monitor for the CGM. The CMS clarifies that this device should be “dedicated for use with [a] therapeutic continuous glucose monitor system.”

When the CMS implemented added the two new K codes to HCPCS in July 2017, it urged providers and suppliers to ensure that their billings staffs with the new codes. However, it can be tough for medical coding and billing staff to keep up with all the changes. If your staff needs a little extra help, call the experts at AnnexMed. Our experts can help ensure that code set changes won’t lead to errors that disrupt your revenue cycle. Contact us today for more information about our services!